While the Great Lockdown has an undeniable negative impact on economy and society, arguably it’s most lasting legacy will be in our memories. There is a larger than usual dose of uncertainty about the future, and as creatures that have been planing and preparing ever since the agricultural revolution, it’s difficult to adjust our focus when we don’t know what to focus on.

According to the IMF, the world economy is expected to contract by as much as 3 percent in 2020 – definitely not good news for anyone. However, this situation is filled with opportunity, and it’s important that we talk about it.

Whether you are a student or business owner, your temptation right now is to hunker down and weather the storm. Although this state of mind is more than justified, considering how much uncertainty surrounds the following months, there is a way to predict the future. And we can do it by looking into the past.

What we can learn from history about humans and change

From natural disasters to war and illness, throughout the millennia, we’ve faced a variety of unfortunate situations. Understanding how we’ve coped with change in the past can teach us great lessons about our nature. While we can’t really look back far enough to see what exactly inspired the inventor/s of the wheel, more recent examples hold equal merit proving that tough times always inspire change-makers.

Let’s take an example from the time right after World War 2. Japan was one of the countries facing large food shortages and famine. While the country received flour as aid from the United States, the Japanese people weren’t accustomed to bread in their diet. It was one man’s idea that turned this ingredient into a solution for the Japanese people – one that they had been eaten for centuries. His name was Momofuku Ando, and his invention has since grown into a global phenomenon.

What Momofuku invented were Instant Noodles – a version of the traditional dish that was preserved, portable, and easy to prepare – all the ingredients of a rationed meal. Today, a dish arguably as popular as pizza, was the saving grace of a famished nation, all because of one man’s persistence to solve the problem (and his wife accidentally dropping a few noodles in hot oil).

Inventions at a time of change are not all directly influenced by the situation. Let’s look at a more recent crisis – the 2008 global recession. Compared to the myriad of severe catastrophes in history, the 2008 recession looks like a little hiccup on the global well-being seismograph.

But, its effects were felt in almost every crevice of the planet and it’s a good reference point for all of us that perhaps haven’t seen worse times. So, did the 2008 recession give us anything good? How about Uber, Instagram, and Slack. In just over a decade, these 3 digital innovations have changed the way we travel, communicate, and work.

During the Great Depression, we got the first car radio and the chocolate chip cookie. While these might not appear as lifechanging in modern circumstances, try to imagine living back then and what these three small sources of happiness meant for the depravity of everyday life. And sometimes, the small stuff is worth sweating over – the market for the delicious chocolate-infused cookie is still on the rise! 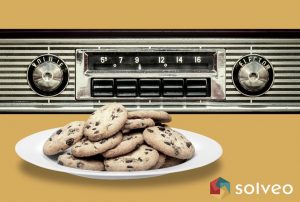 It can be argued that inventions are a natural byproduct of our imagination, curiosity, and accidental discoveries. However, it’s important to remember that they don’t happen if we stop trying. Putting life on hold never got anyone anywhere. One of my favorite stories as of late has been that of young Isaac Newton. He found himself in a very similar situation to ours when the Great Plague hit London in 1665.

While I can’t even imagine what he’s peers might have been doing prior to Netflix and the Internet during a national lockdown, he decided to use his time in isolation to think about and test some of his college daydream theories. By doing so, he set the foundation of calculus, light refraction, and gravity – in no way “small stuff”, no matter how you look at it! 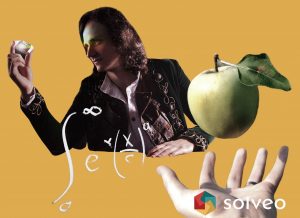 Historically, challenging times have always driven progress. As habitual creatures, we are not particularly fond of change, but at the same time – we need it. The pandemic has really shown us that life continues, humans adapt, and our needs keep evolving. And is the lessons of the past can teach us anything, is that innovation is a way to ensure a brighter future – both for ourselves and those around us.

The potential of the current situation for more innovation

While our gates are slowly starting to open, social distancing is still prescribed and it should be practiced. Google is one of the businesses that decided to embrace the uncertainty and pronounced that almost all its employees will continue working remotely until 2021. And, while remote innovation might clash with the traditional way we’ve done it, it still requires the same ingredients. The only thing that has changed is how we do it, and why.

From an individual perspective, while life will slowly start returning to “The New Normal” as we call it, we should embrace the opportunities the situation has handed us such as time, a greater sense of self, a new appreciation for nature and the reminder that we can do anything, even if we’ve never done it before. 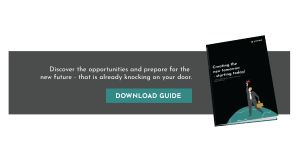 Sooner or later, we will beat this invisible beast, but there will still be big dragons we need to slay.  The most important thing is to remain focused and turn this situation into an opportunity. After all, innovation is in our DNA. It’s time to embrace it!